Using fearless words from the heart to counter stigma. This was the theme of Catherine McGregor’s speech today. It was raw emotion from Catherine as she recounted her inspiring story of gender transition. Catherine also recalled the heartfelt email she received from an Indian Cricketer that changed her life.

From the age of eight, Catherine McGregor knew she was a woman but would live as a man until she was 56. Catherine played the role of son, brother, husband, athlete, soldier, speech writer. Struggling with her internal demons and, what she describes as “an active suicide plan”, worked in numerous institutions built by men.

Every day was a challenge, and every challenge took its toll. In 2012, aged 56, McGregor faced a turning point: end her life, or transition as a woman.

The Former Army Officer believes there needs to be more of an open discussion around mental health both in the personal and professional lives of people. 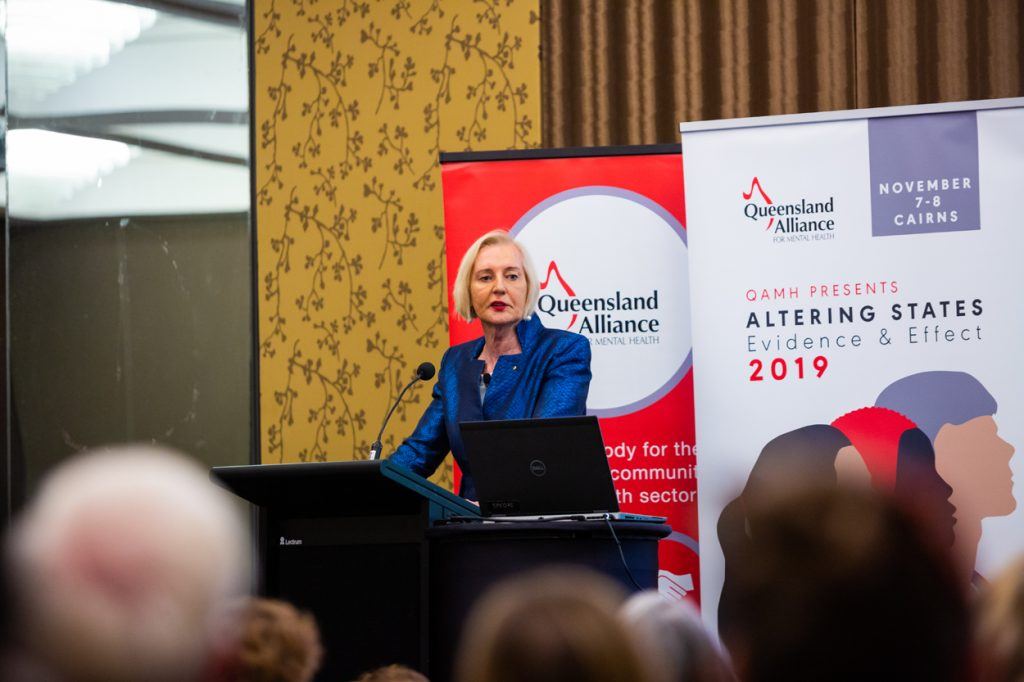 She spoke with 7News Cairns following her speech where she said, “I think it is really important for leaders to get formal training in how to identify mental health symptoms and problems within their workforce. Some people conceal their anxiety or trouble because they’re scared that if their boss works out they’re struggling they might lose their job.”

Using facts and figures to influence change. Andrew certainly delved deep into his “Investing for change” report which heavily supports the ideology of an evidence-based, accountable and responsive community mental health system.

Throughout his speech, Andrew broke down some of the key recommendations of the Productivity Inquiry into Mental Health. Andrew focused upon suicide prevention, early intervention and prevention initiatives as critical reform points drawn from the draft report. 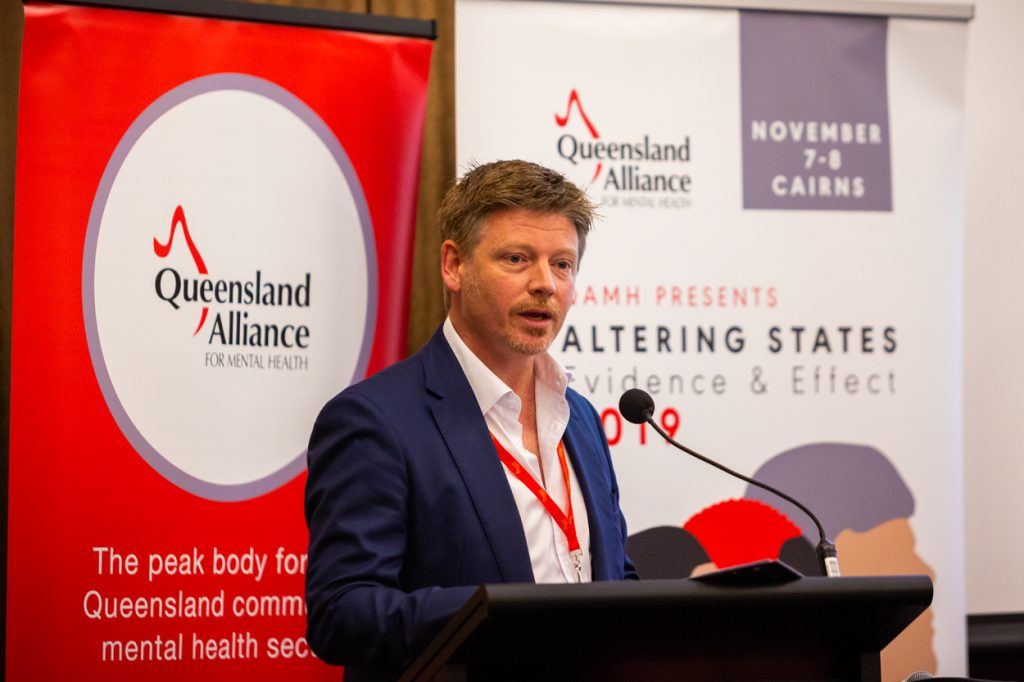 Suicide prevention is complex and it needs to be addressed as a whole-of-government issue, as more than a health issue. Drawing on international evidence, a fragmented and mental illness-specific approach alone is shown not to work. An integrated approach to suicide prevention encompassing mental health, social, economic and community factors is required.

Andrew is extremely passionate about improving health and social services for all Australians, particularly those who are vulnerable or marginalised: these themes were evident throughout the entirety of his address. He strongly believes that Australia should be at the forefront of providing innovative, high quality, world leading health services—and is dedicated to realising this ambition.

The panel shared their lived-experience stories with such courage and vulnerability. Lived-experience turned Peer worker was a big focus of their discussion. 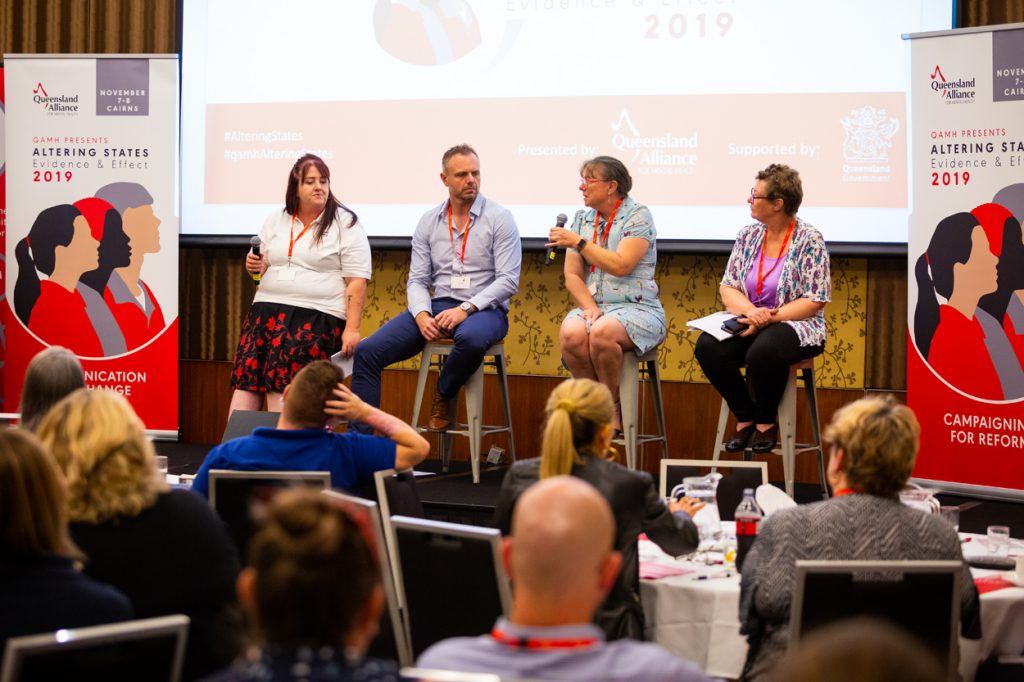 As a sector, we must elevate the voices of persons with lived experience, consumers and carers to meaningfully engage with topics of reform, better service delivery and to truly design with (not just for) communities

Members of the audience were extremely engaged with our Panel throughout the Q&A following their presentation. 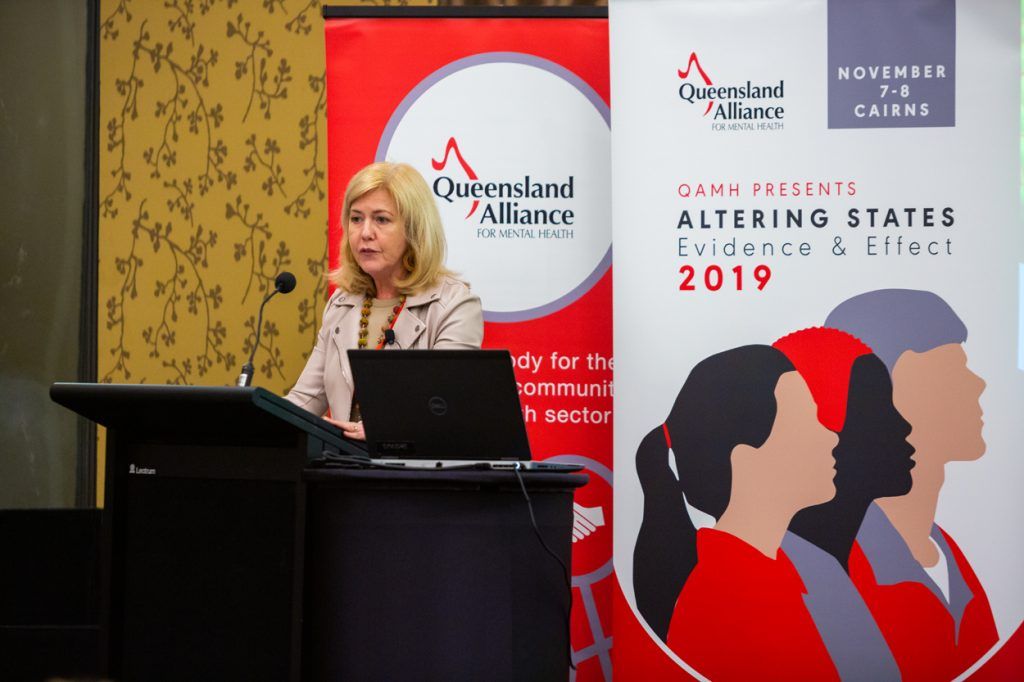 Mary Burgess is the Public Advocate for Queensland. Mary touched on the many different forms of advocacy, all of which play an important part in protecting the rights and interests of Queenslanders who may have impaired decision-making capacity.

Whilst there are many different ways of advocating, not all may work within the community mental health sector and Mary did a wonderful job on explaining how to advocate for adequate resources within the sector.

The collective work of advocates can improve systems and services for individuals so that people are able to achieve better outcomes. All advocates have a role in responding to issues that impact individuals and highlighting issues with service systems.